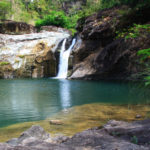 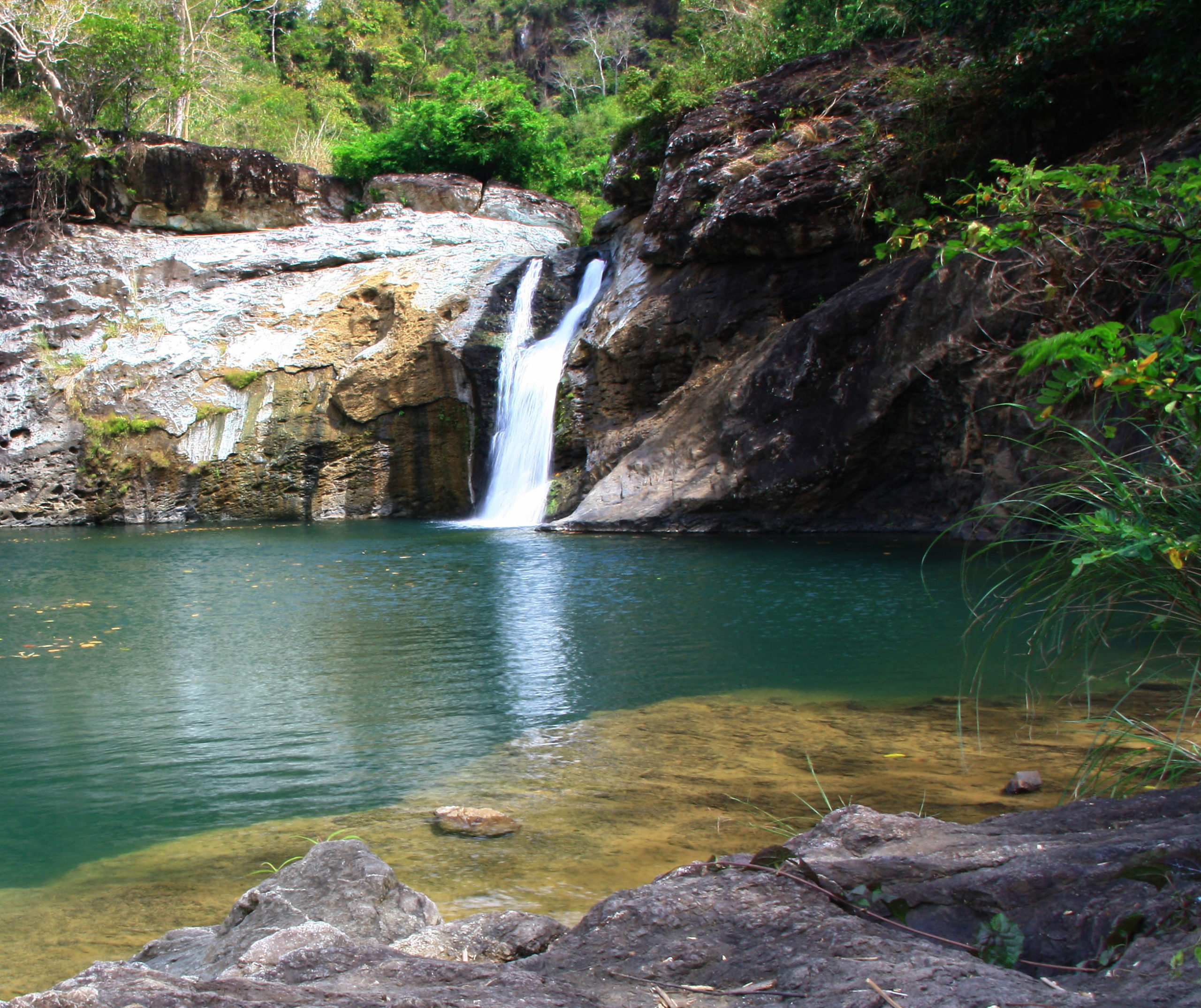 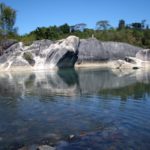 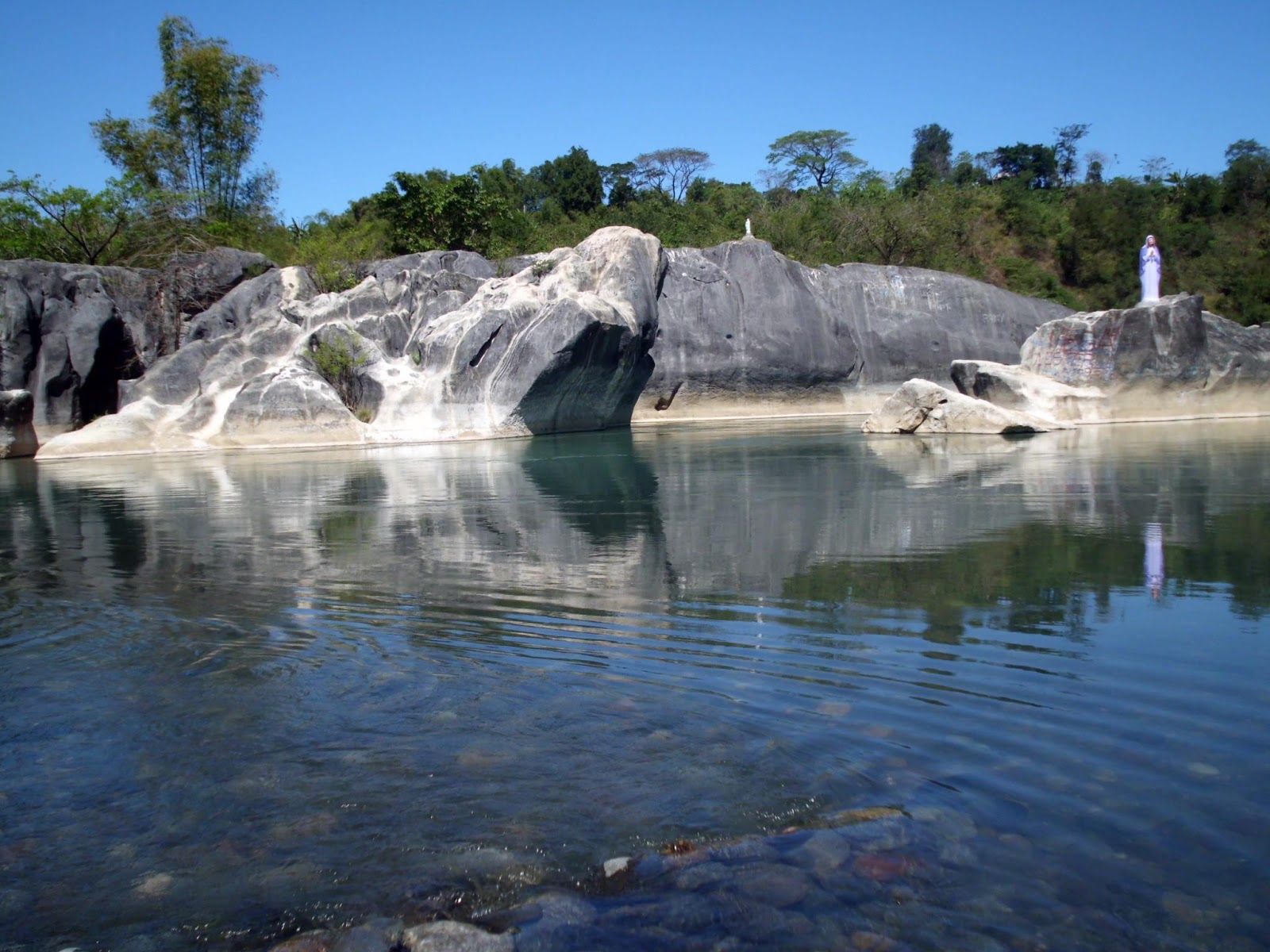 The well-known Bakas is located at Barangay Matictic. It is a very interesting spot where the foot markings of the legendary Bernardo Carpio and his pets can be found. The place presents a lush green scenery, with fresh air and cool, clean and calm flowing current. 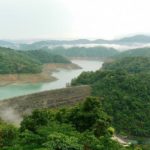 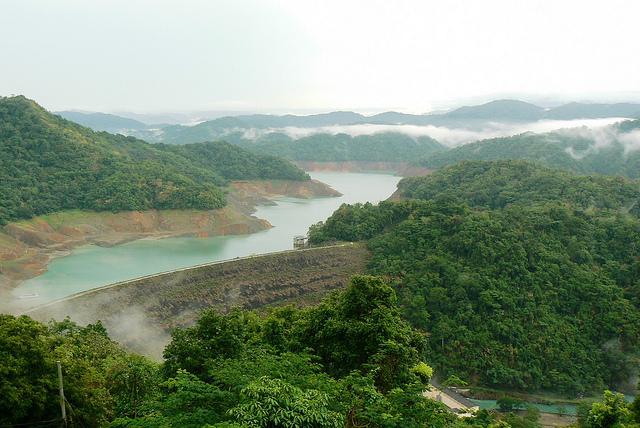 One of the country’s largest dams. This dam supplies potable water and energy to Metro Manila and nearby areas. Surrounded by lush greens, this place is also ideal for fishing, boating and hunting. 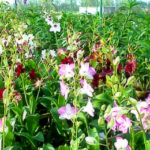 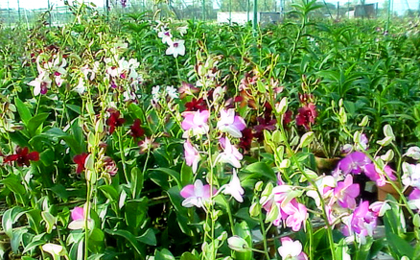 Orchid lovers must visit the C & B Orchid Farm which boasts of more than 100,000 orchids of different species on a 12-hectare nature’s paradise in San Rafael under the stewardship of world-renowned inventor, Bonifacio Isidro. 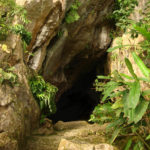 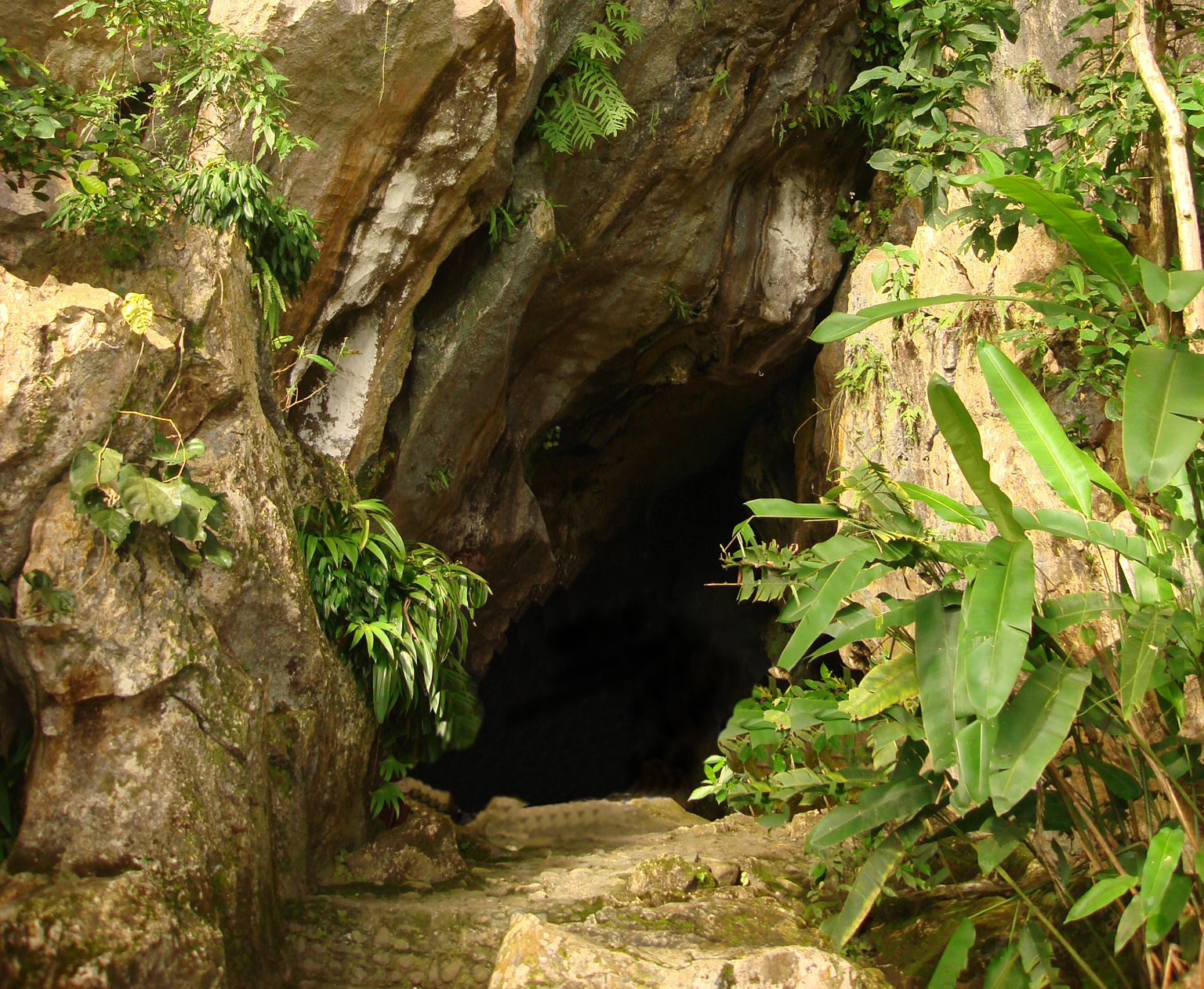 This cave is a subterranean network of caverns extending more than a kilometer deep. The Katipunero Revolutionaries during the war against Spain used it as a camp in 1896 and again during the Filipino-American War in 1898 as hideout of General Emilio Aguinaldo (the First President of the Philippines). It was also used as a sanctuary by the Japanese Imperial Army when the Philippines was liberated by American Forces. 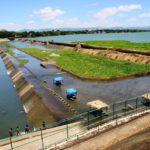 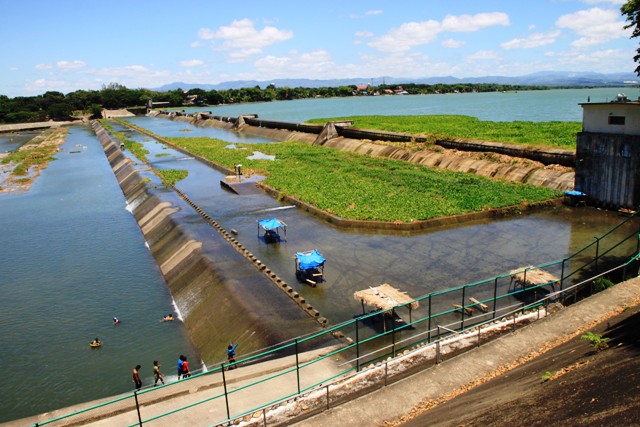 One of the longest “sector gates” in the world, this huge reservoir of the Angat Hydroelectric plant at Barrio Hilltop serves as the source of electric power in the province and Metro Manila. It is an ideal place for picnic with its coll and inspiring scenery. 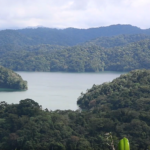 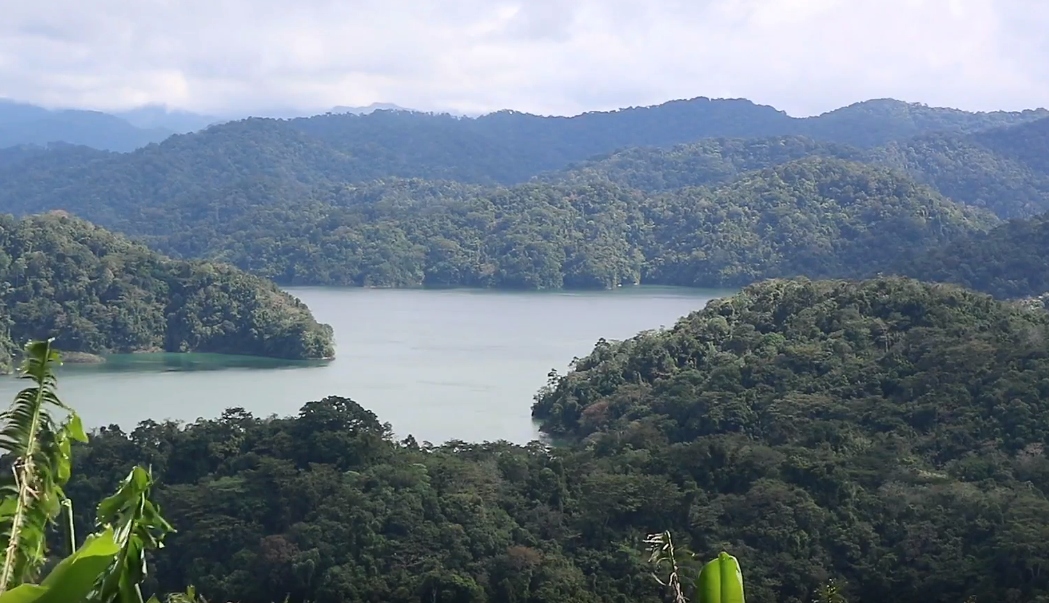 Dubbed as the “Bagiuo of Bulacan”, its breathtaking scenic view of the Sierra Madre Range does not fail to mesmerize every tourist that visits the place. 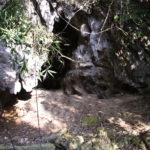 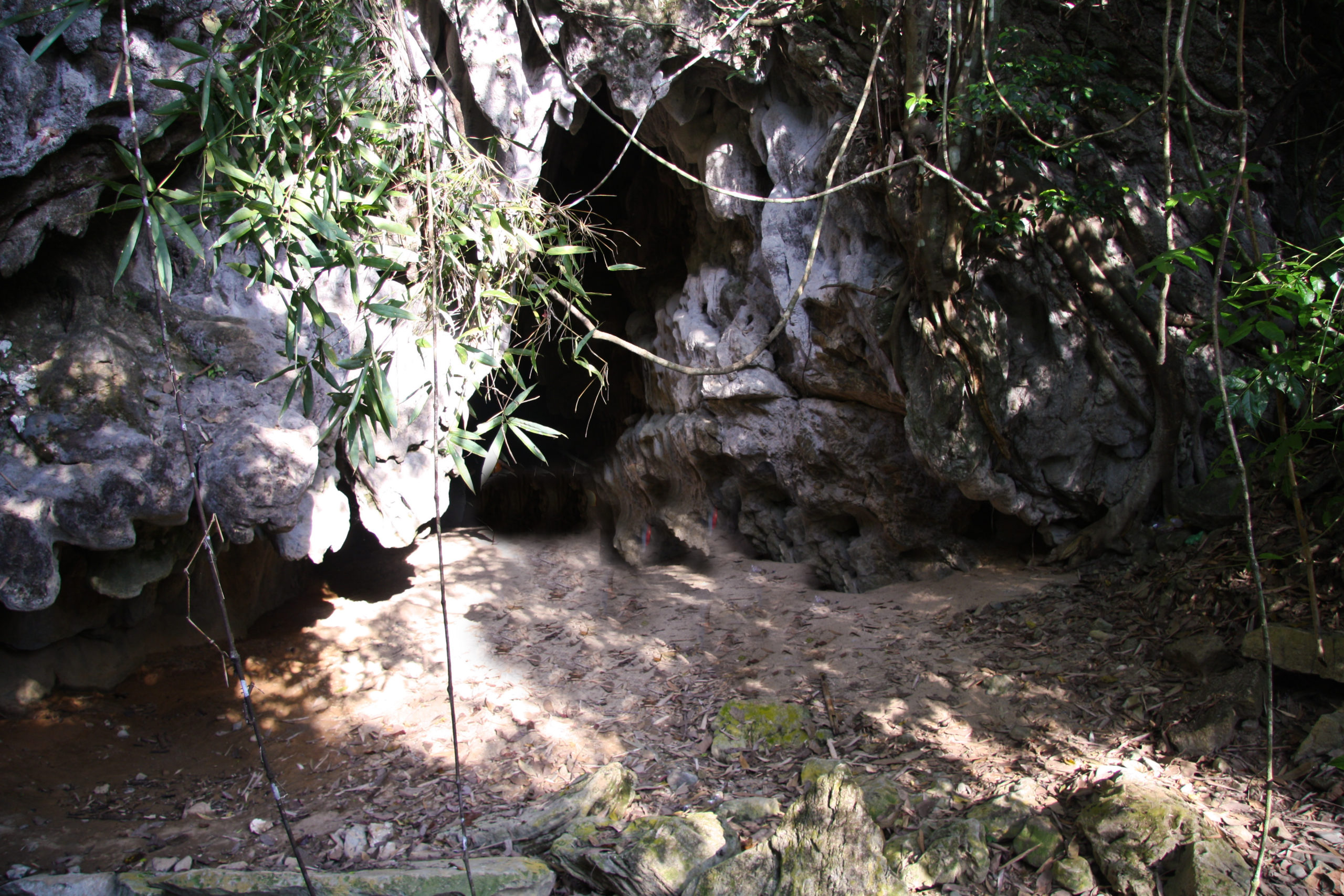 GROTTO OF OUR LADY OF LOURDES

Grotto of our Lady of Lourdes

An exact replica of the Lourdes Grotto in France, it features a mock hill calvary where life-size statues depict the passion and death of Jesus Christ. This grotto attracts big crowds during the Lenten season. 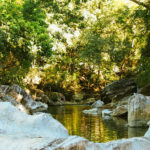 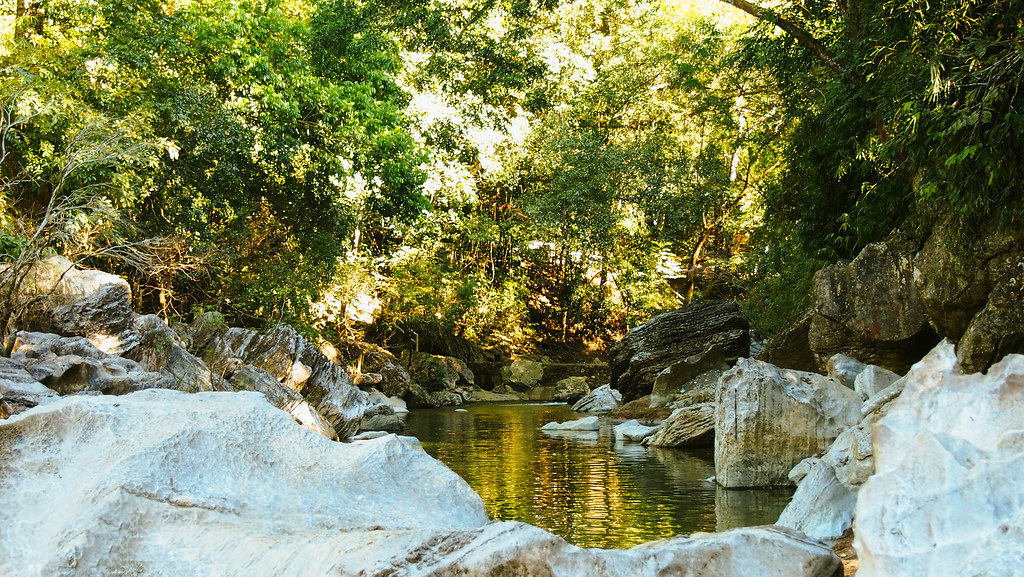 A huge split boulder which is the mountain hideout of the revolutionary forces during the Spanish regime and the place where the Malolos Constitution was signed by Gen. Emilio Aguinaldo and Pedro Paterno. It is where the historic Biak-na-Bato Republic was established.The park appeals to the adventurous spirit with its challenging rock formations. Hanging bridges and staircases connecting rivers and caves make for a pleasurable exploration.Among the many ecological attractions in Biak-na-Bato National Park are Bahay Paniki Cave, Aguinaldo Cave, Madlum Cave, Tanggapan Cave, and Tilandong Falls. 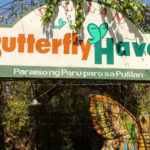 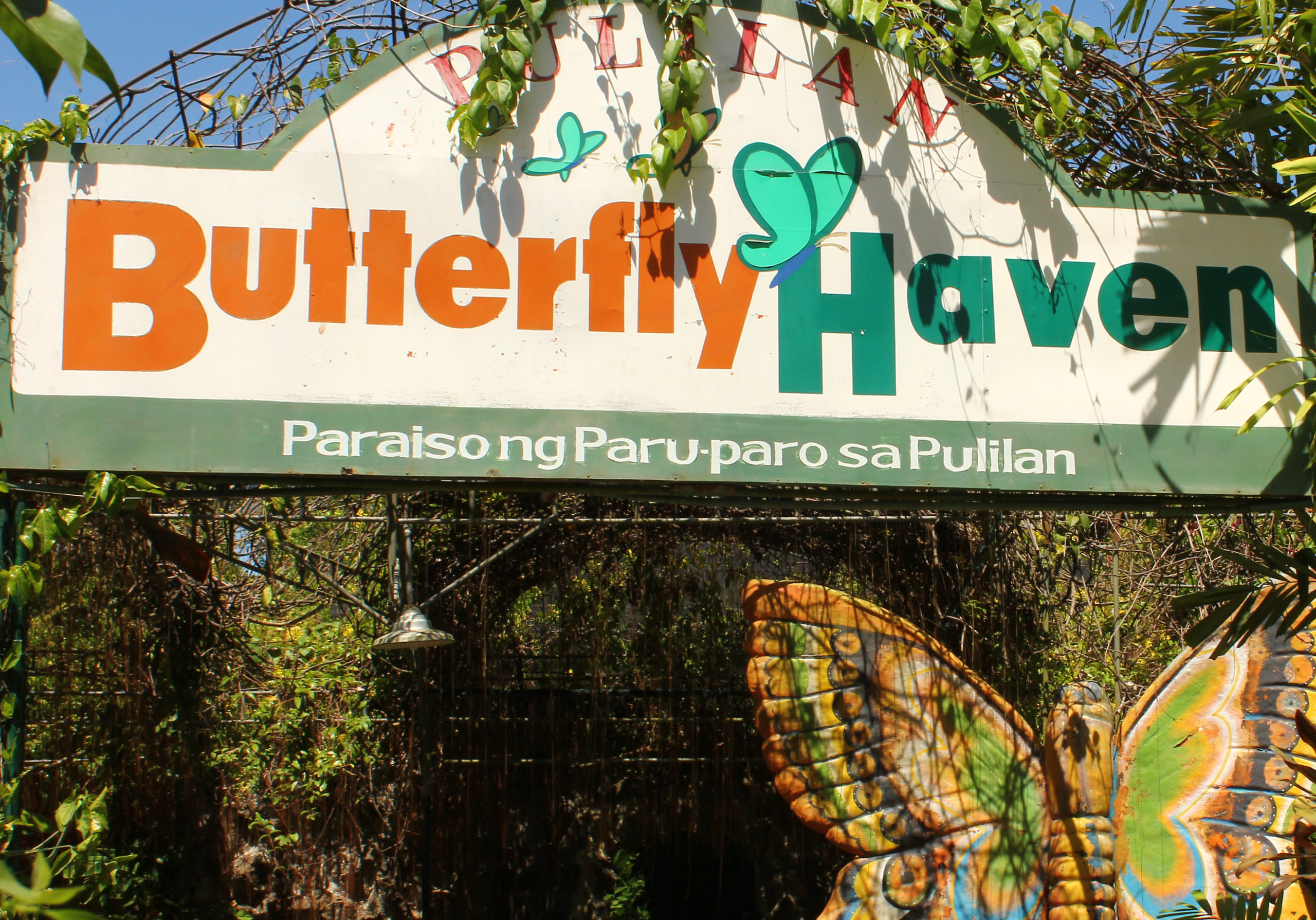 A sure heaven for butterfly and nature lovers with a scenic view of a garden and collection of different species of orchids and butterflies. Located within the facilities is an antiques museum as well as a resort center with swimming pools. 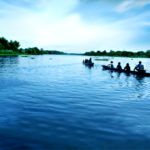 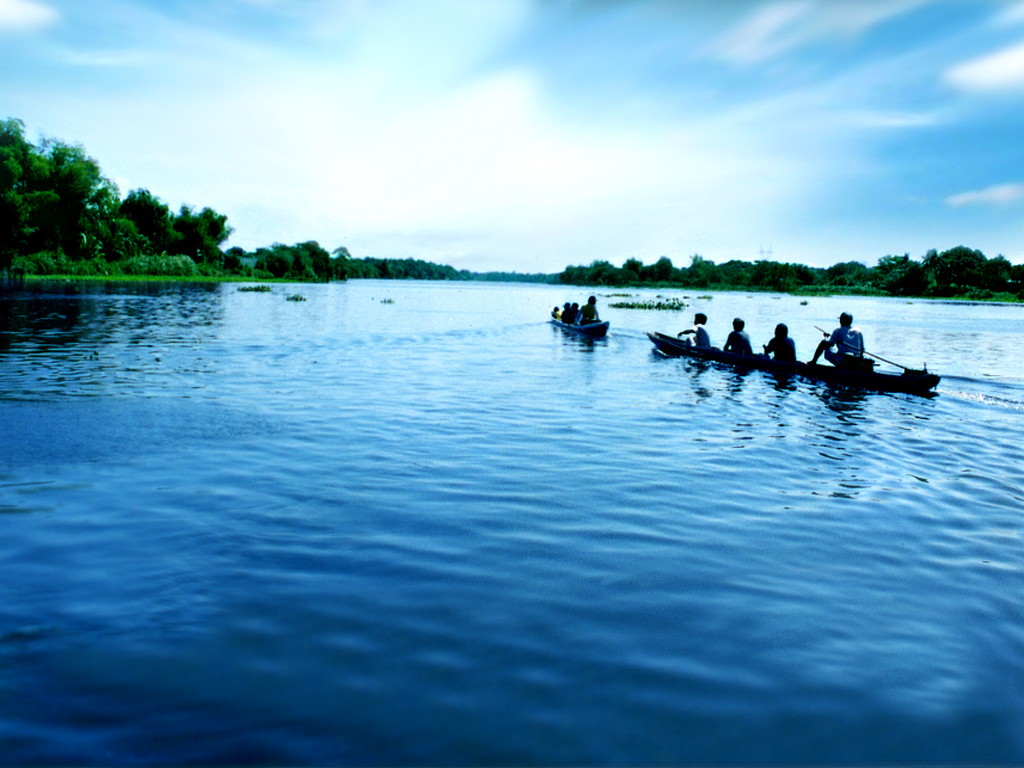 This river has for centuries shaped the lives of Bulakeños. The longest river system in Bulacan, Calumpit River traverses the towns of Calumpit, Pulilan and Plaridel on the east, Paombong and Hagonoy in the West and winds up through Apalit, Macabebe and Masantol, Pampanga. It was the major route for trade and commerce in this part of the country making Calumpit an established barangay prior to the coming of Spanish conquistadors. The Pampanga and Quingua Rivers served as arteries through which goods coming in and going out of Calumpit passed. At present, the river is a valued resource as a rich fishing ground and providing farmers with irrigation. 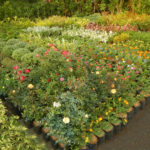 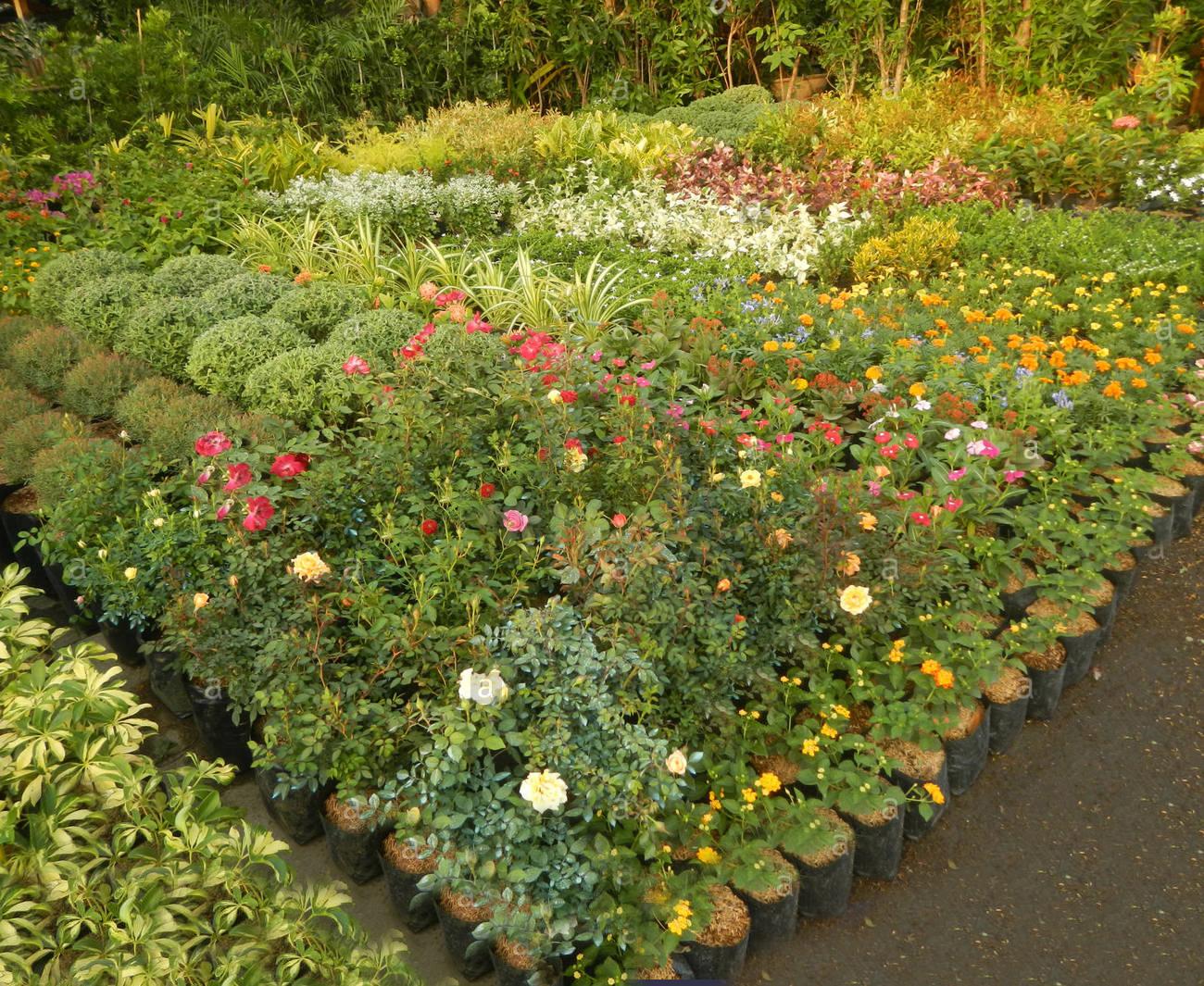 The Garden City at the Guiguinto Cloverleaf just outside the Tabang Exit is the municipality’s main tourist attraction. Visitors are welcomed by a serene but inviting sight of greens and colorful flowers that exemplifies Guiguinteños ingenuity with regards to gardening and both landscaping and hardscaping. It has been the dream and aim of Guiguinto to be conferred the title “The Garden Capital of the Philippines.” 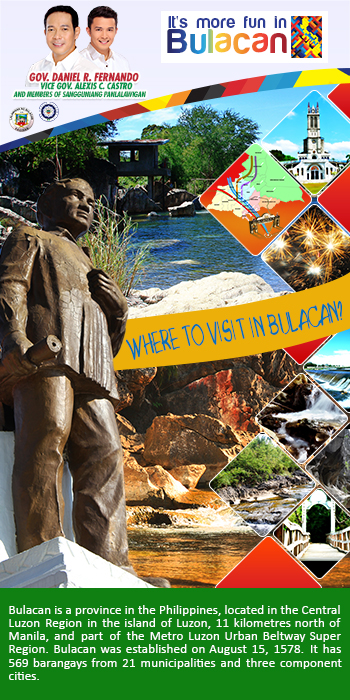